Regional Supply began as a small electric motor repair shop in Salt Lake City, Utah. Founded by Art Mendenhall in 1946, it was known as Regional Electric Works. They found that their amazing skill of repairing electric motors and rebuilding neon transformers expanded into an entire sign business by 1951.

Regional Sign Supply was located in a rented warehouse at 352 Paxton Avenue. This business continued to expand and grow in the sign industry, supplying most of the areas leading sign manufacturers. Regional Supply continued to diversify and expand as the market continued to change. In the 1960’s Regional began selling screen-printing equipment and supplies.

In 1959, a new subsidiary corporation was organized called Plastic Fabricating and Supply. It became very evident that there was a growing need for all types of plastics for signs as well as many other applications. They believed that plastic was the “wave of the future”. Plastic Fabricating helped to support some of Regional’s customers who had the need for custom formed plastic sign faces, custom letters, associated trim, cut sheets and hand fabricated items. Originally there were only four employees. Art Mendenhall built two gas ovens for heating acrylic sheets that could heat sheets up to 8’ x 12’, and they are still used today. 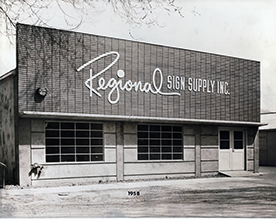 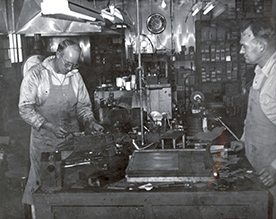 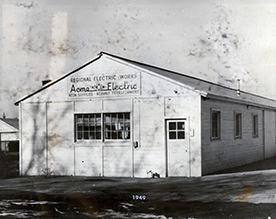 As the two companies grew, they decided to create another subsidiary called American Label Company. It was founded in 1967, with Glade Inglet overseeing the entire operation including sales, artwork, plate making, printing and accounting. American Label was one of the first label companies in Utah, and has been instrumental in the development and refinement of the label printing industry. They pioneered the new plastic, pressure sensitive printing plate that is environmentally safe using water based inks.

In 1968 all three businesses were moved to 3571 South 300 West, Salt Lake City, Utah. At this location there were several building additions as the businesses grew. The scope of all three companies has expanded over the years. With the ability to sell material from Gerber Scientific Products in 1982, Regional Supply opened the door to the new era of computerized sign making. The late 1990’s saw another new emerging trend of digital imaging and printing for the sign and graphics industry. Regional has embraced this new technology and has become a leader in the sales of these printers, inks and media.

Plastic Fabricating services customers throughout the Intermountain West, and now have many automated machines including a five axis trimming router and three CNC routers, the largest being a 5’ x 12’ model. Plastic fabricating is now one of the largest businesses of it’s kind in the Western United States.

American Label has also enjoyed steady growth and in 1995 expanded for the fourth time. Today they are one of the leading label manufacturers in Utah specializing in label flexographic printing.

After many years of success, Art Mendenhall finally decided to retire in May of 1978, and was succeeded as president by his son Dwain C. Mendenhall. Art Mendenhall died in May of 1980, leaving behind an amazing legacy and three very successful companies. He may be gone, but his practices not forgotten, “We are in business to solve peoples problems,” resonates in all of the employees and in the businesses around them.

In 2017, the Fisher Group Inc. companies made the historic move to a building at 4517 W 1730 S in Salt Lake City. Never had all three companies been under the same roof and Fisher Group Inc. is capitalizing on the combined talent and resources that are now all in one building.

Thank you for embracing our past and contributing to the success of our future! 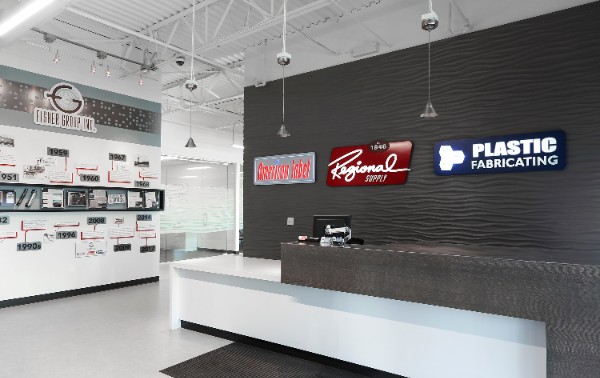 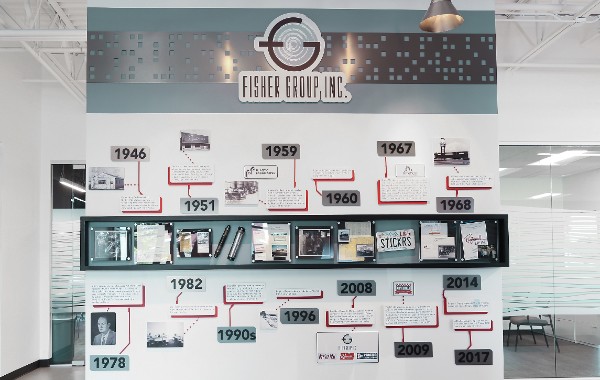